A new report from Brave reveals that people seeking help for addiction, disability, and poverty on council websites are profiled by private companies in the UK.

None of the data collecting companies recorded in this study had received consent from the website visitor to lawfully process data.

Use the Data Leaks Explorer tool to check the council in your local area.

“Our findings show that councils are exposing the people of the UK to mass profiling. This is dangerous, because it leads manipulation and discrimination”, said Dr Johnny Ryan, Chief Policy Officer of Brave. “This is a problem when an algorithm decides to not shortlist your application for a job based on your previous activity on a council’s drugs support page, for example.”

“Once your interests and online activity is out in the wild you have no idea how it might be used”, said Dr Ryan. “The conventional web browsers do not protect against this”.

Real-time bidding is the biggest data breach ever recorded in the UK. Though illegality is not in dispute, the UK’s privacy regulator (the ICO) has failed to act.

Brendan Eich, the inventor of JavaScript and CEO of Brave, said “this report should spur the UK Information Commissioner, Elizabeth Denham, to finally enforce the law. She should force data companies to cease the widespread broadcast of personal data”.

“It is now a full 17 months since evidence from Brave and complaints about breaches of data protection laws were filed before the ICO”, said Mr Eich. “The time to act is now”.

How to use this tool
Pan around the map and zoom in and out. Reset your view by clicking this icon

that appears as you use the map.
You can embed this tool on any site by clicking the share icon 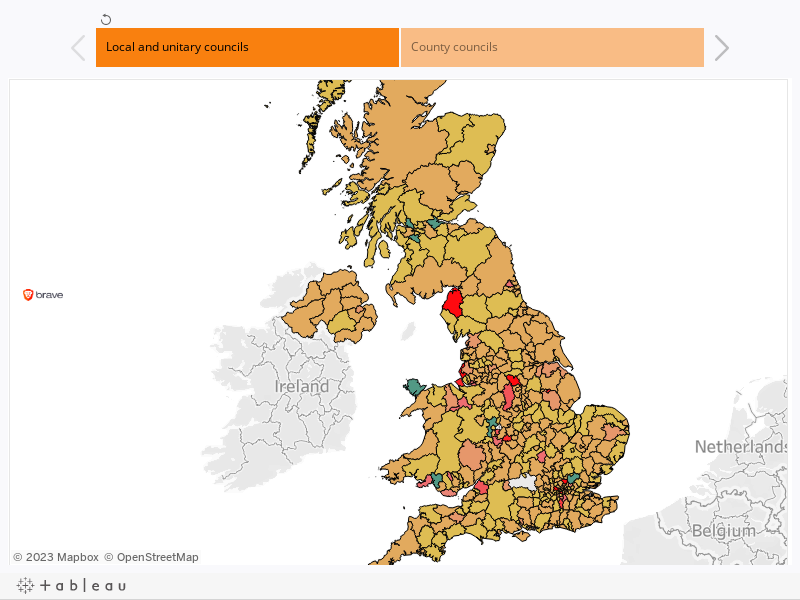