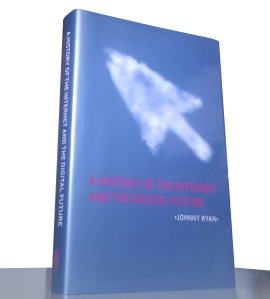 Endorsements for A History of the Internet and the Digital Future

“an engrossing, well-written account of the Internet’s founding and the back story of the underlying protocols and plumbing, which draws on that rich history to make predictions about the net’s future.”

An immensely important book. … This narrative reads like the digital equivalent of the Manhattan Project, with all the excitement of discovery, blind alleys, failure to see the obvious, and thinking beyond established norms. … Wonderful, liberating quotes are threaded through this meticulous charting of a revolution by Johnny Ryan.

“Johnny Ryan takes us through the history of the Internet to demonstrate how it has changed everything. But that’s not all; he also identifies what’s to come in the future. … Understanding the trends driving this revolution is pivotal to success. Consider this book your road map to getting there.”

“Both an enormously useful work and great read.  Read it and understand what has made the Internet different.”

“Ryan dissects the play of actors, the essence of their technical ideas, and the details of their activities with documentation and diligence, and even uncovers some discrepancies. He develops a narrative that I found intriguing, enlightening, and credible.”

“Johnny Ryan has admirably captured the sweep of the Internet’s development from its earliest days, showing us how its profound impact is in part an accident of history, a phenomenon whose most interesting and liberating aspects could fade without reinforcement of its core values.”

–Professor Jonathan Zittrain, Professor of Law, Harvard Law School and Kennedy School; Professor of Computer Science, Harvard SEAS; Author, The Future of the Internet — And How to Stop It.

“Absolutely fascinating … If I had to pick one book about the Internet, this would be it!” 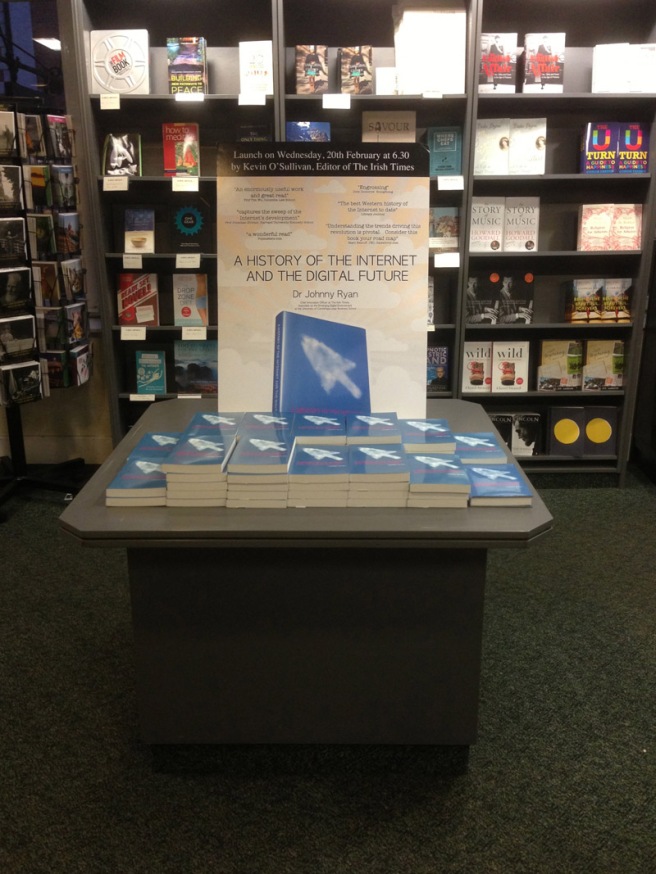 I published chapters one, three, and six, as free samples on ArsTechnica.

Here is an idea of what is in this book:

A great adjustment in human affairs is underway. The pattern of political, commercial, and cultural life is changing. This story is about the death of the center and the development of commercial and political life in a networked system. It is also the story about the coming power of the networked individual as the new vital unit of effective participation and creativity.

Driving this move from the center is the Internet.

The Internet is a centrifugal force, user driven and open. These three characteristics have asserted themselves throughout its history. Understanding them is the key to adapting to the new global commons, a political and media system in flux, and the future of competitive creativity…

Chapter 1. A CONCEPT BORN IN THE SHADOW OF THE NUKE
Chapter 2. THE MILITARY EXPERIMENT
Chapter 3. THE ESSENCE OF THE INTERNET
Chapter 4. COMPUTERS BECOME CHEAP, FAST, AND COMMON

Chapter 5. THE HOI POLLOI CONNECT
Chapter 6. COMMUNITIES  BASED ON INTEREST, NOT PROXIMITY
Chapter 7. FROM MILITARY NETWORKS TO THE GLOBAL INTERNET
Chapter 8. THE WEB!
Chapter 9. A PLATFORM FOR TRADE AND THE PITFALLS OF THE DOT COM
Chapter 10. WEB 2.0 AND THE RETURN TO THE ORAL TRADITION

This book will take the reader on a path through some of the most interesting events and documents of the last century. A few samples: wargame-style briefings outlining nuclear exchange scenarios presented to President Kennedy, memoranda from the Obama transition team in 2008, scientific proposals for resilient communications networks developed at RAND in the early 1960s, records of the US Air Force’s increasing reliance on statistics and research & development during WWII, Warran Buffet’s I-told-you-so letter to shareholders in the aftermath of the dot com bust, startling statistics of growth in value of eBay sales per year, schematics of Steve Wozniak’s Apple I computer… This book will be not only a history, but like all good histories, may say where we are bound in the future.

The ideas in this book are have benefited from the insights of thought, business, and policy leaders who participated at the IIEA Digital Future Group since October 2007, including Timothy Wu, Viviane Reding (European Commissioner for Media & Information Society), Larry Sanger (co-founder of Wikipedia), Peter Fleischer (Chief Privacy Counsel of Google Inc.), H.E. Toomas Hendrik Ilves, Jonathan Zittrain, and US Congressman Rick Boucher.

[image: a selection of books on my shelf at the moment]

The publisher is Reaktion Press, an interesting publishing house that produces books like A Cultural History of Boxing – see The Economist’s review of that book here. They distribute in the US through the University of Chicago Press. According to Wikipedia, Reaktion was runner-up for the Sunday Times Small Publisher of the Year Award in 1996, 1997, and 1999, and was shortlisted in 2003

See a note here about the word ‘Openness’, which has a little controversy surrounding it in some circles…

[image: my old desk in Cambridge – and top marks for Hanns’ budget 28″ screen]

48 thoughts on “BOOK: A history of the Internet and the digital future”